This is Sandra Vanderhoef 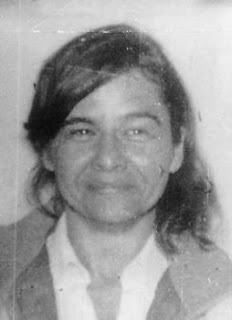 There is really very little information available regarding Sandra's disappearance, but that doesn't mean I won't profile her. Every missing Native woman deserves to be remembered and hopefully found.

42 year old Sandra was last seen in Webster County, Iowa on September 22nd, 1986. She has never been heard from again. Her disappearance is described as "endangered missing."

Description: Sandra has scars on her abdomen and on both of her knees.She has a mole on her back and usually wears eyeglasses. She was reportedly 5'7 and 210 pounds at the time of her disappearance.

Tribal Information: Sandra is described as American Indian/Alaskan Native but no specific tribe has been named.